Discovering Our Past at the George Vashon Museum

The folder sat in my file cabinet for a very long time. Over 40 years. I knew it contained contracts and a program booklet. Occasionally, when looking for something else, I’d flip it open, look at the contracts, then slip it back into the drawer. I don’t know why I kept its contents, except they reminded me of a time of life when all the possibilities were ahead of me, when my view of the world was somewhat naive, and I was connected to the music and musicians in St. Louis. 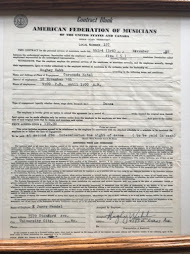 Now I’m in the downsizing phase of life, getting rid of “stuff” that no longer interests me, takes up room, has lost some of its meaning. So I revisited this same file folder recently and thought there’s no reason to keep this. I also thought it’s too good to pitch or relegate to a cardboard box in the basement. Maybe someone else would be interested in this, a collector or historian.

Through the power of Google, I found someone who was interested. Which took me to the 2200 block of St. Louis Avenue, a part of the city I had not visited in several years. It’s just a few blocks west of Crown Candy Kitchen. I discovered the George B. Vashon Museum, which is dedicated to the preservation of the history of African American culture in St. Louis. 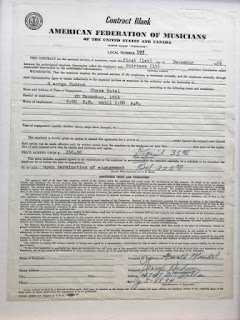 The contents in my file were relevant to the Black community in the late 1950’s. That was before the term “black” or “African American” became the accepted phrase. Three musicians’ union contracts, a program for a Regal Sports event for which I had written the script, and several newspaper articles from the St. Louis Globe-Democrat and the St. Louis Argus held a part of my past I remember fondly. At Washington U, from 1953 to 1957, I was in a fraternity and responsible for hiring bands to play at our events, such as winter and spring “gala’s” and small combos for frat house parties.

At that time, St. Louis had two musicians’ unions - one for white, one for black. I went to the black union because, frankly, they had the best musicians, the kind of music we wanted, and was easy to work with. The union representative was Hughey Webb, who had signed these contracts. I enjoyed stopping by their headquarters to talk with him about the music scene in St. Louis, the gigs he was booking, some new players to keep an eye on. Through him, I hired the big band of George Hudson, an influential band leader, teacher, and disciple of Basie and the big bands of that era. Never once did I think how strange it was to have a separate union, Local 197, that represented Black players. Looking back, I realize I ignored the obvious racial situation in St. Louis. That’s just the way things are, or so I believed. And I never thought about the reasoning my fraternity house was off-campus, along with four other Jewish fraternities. “That’s just the way things are.” 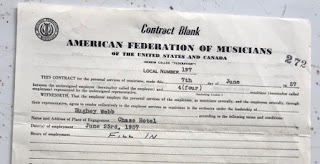 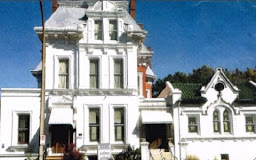 To return to the matter at hand: I contacted the head of the Vashon Museum, a remarkable man named Calvin Riley, a retired teacher who had bought a stately mansion at 2223 St. Louis Avenue, on what was once “Millionaire’s Row.” He needed lots of space to house his extensive collection of over four thousand Black historical items. And many more he has collected since the museum opened. Calvin was gracious with his time, his enthusiasm was contagious, and I got a fascinating tour of the museum. I realized St. Louis is fortunate to have Calvin here, with his mission to preserve and present the past. 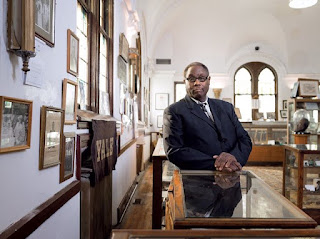 As the author William Faulkner wrote, “The past is never dead. It’s not even past.” So true from the evidence at the Vashon Museum.

If you want to get an idea of what you’ll find there, I suggest you either visit it in person, or check out the website. GeorgeVashonMuseum.org. Or both. You’ll learn a lot about our city and culture. And maybe even about yourself. 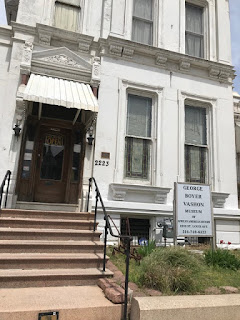 Thank you, Calvin. I am pleased that Hughey Webb and Regal Sports and the rest of my 50’s music experience in St. Louis belong to the Vashon Museum.

A Look at the Vashon Museum